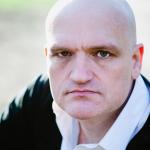 Paul began his professional acting career over 27 years ago, studying at The Poor School. Whilst continuing to act he has also moved to the other side of the camera and is currently helping to cast 4 feature films for various production companies.

He conceived of the idea that a drama school should be a facility for the industry from day 1, so the demands of the school are suited to, and fully shaped by, the working professionals who teach there.

He made his acting debut playing Hamlet at The Towngate, Basildon. He now has over 60 TV and film appearances to his credit – including two European Independent Feature Films Of The Year – Saxon, followed a year later by Zebra Crossing - as well as Danny in Outlaw, by Nick Love. He played ‘Auntie’, a psychotic transvestite in horror feature film, Community.